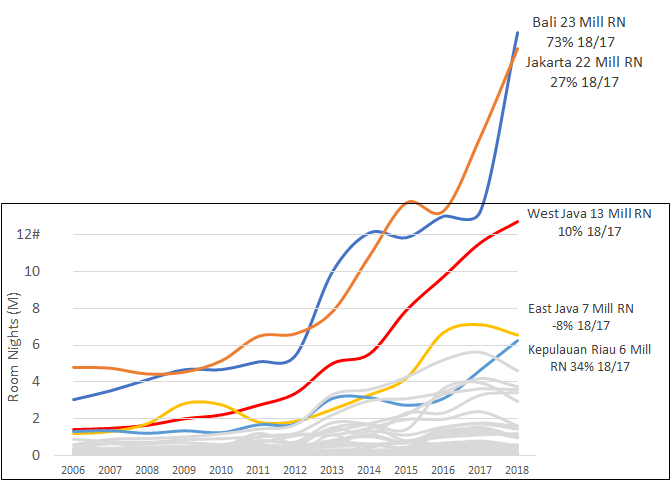 Ranking of Room Nights Demand by Province and Star Rating, 2018

While the demand for star rated hotel accommodation across the country grew by 16% CAGR over the past five years, the growth in Jakarta and Bali, the two most popular destinations, grew more than the national average, at CAGR 23% and 18.1% respectively.