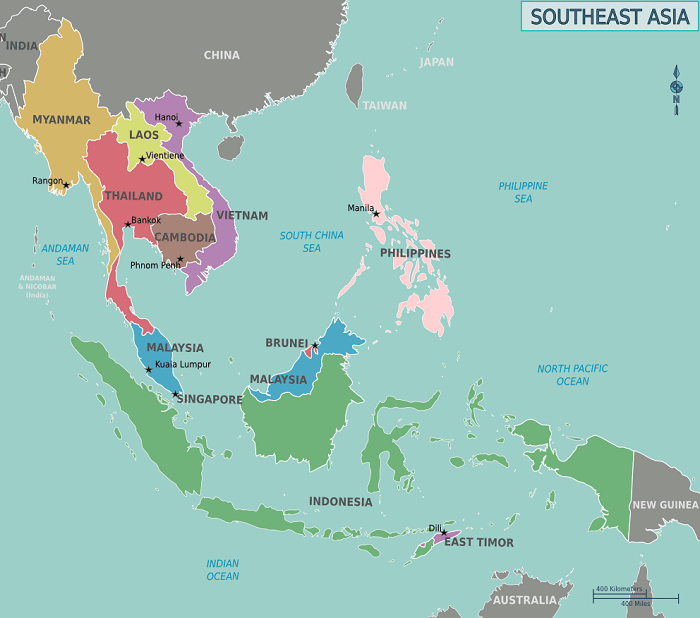 As I embark on my third business trip to Southeast Asia this year, I thought readers of our blog might be interested in my views on the emerging opportunities in this part of the world.  Southeast Asia’s hotel industry has grown substantially over the past decade coinciding with a period of significant economic expansion and regulatory reform in many countries. Foreign hotel investors, primarily U.S. and European chains and management companies, achieved a major share of the top end of the market, despite a difficult regulatory and operating environment.

With the emergence of a burgeoning middle class and the growth in regional and global source markets, the hotel industry is now poised for increased product segmentation across the region. We believe it will continue to attract intense interest as Southeast Asia’s vast developing market continues to present significant investment opportunities for global hotel investors.

Due to a convergence of factors, foreign investors are turning their attention to the emerging hotel and resorts markets in the region. The factors include: growth in domestic tourism, the growth in regional and global source markets, improving transport connections, new low-cost air carriers, new marketing campaigns, relaxation of visa regulations and government support for the expansion of transport infrastructure. While each of these factors could be discussed in some detail, we have narrowed our brief analysis to the growth of domestic and international tourism in the various countries of Southeast Asia.

Based on either econometric or univariate forecasting models¹, we have provided our five-year projections of domestic trips per household, international visitor arrivals, and hotel rooms for each of the Southeast Asian countries.

Southeast Asia’s rapidly growing tourism sector has attracted the attention of both domestic and international hotel groups and investors and the region boasts a strong pipeline of new developments. According to Lodging Econometrics, Indonesia has the largest construction pipeline in the region with 394 hotel projects and 66,154 guestrooms. Malaysia has 137 hotels and 36,244 guestrooms in the construction pipeline. Thailand has 134 hotel projects and 31,964 guestrooms in the region’s pipeline.

The 10 Asean members boast of some of the world’s fastest expanding economies like the Philippines and Vietnam, with growth rates of more than 6 percent. The World Economic Forum predicts that with a combined population of over 620 million and an economy of $2.6 trillion, the investment potential in the region is huge and by 2020, it will have the world’s fifth largest economy.

With over 122 million international arrivals in 2017, and an average growth of almost 8%, Southeast Asia’s travel and tourism industry has incredible potential for hotel development and investment. Prospects for hotel development in the region remain very positive through the next decade due to strong momentum behind international and domestic demand. New entrants into the market can benefit from lessons learned by companies already operating in the region.

This is an exciting time for Hotel Investment Strategies and the opportunities presented in Southeast Asia for both the firm and its clients. We have recently assisted a number of investors identify, research and acquire hotel/resort properties in the region.  We have also been appointed to assess and evaluate future expansion of several brands in the region. If you are evaluating an investment opportunity or exploring or likely to explore new hospitality markets in Southeast Asia, please call me to discuss how we can help you. With the proper planning, research and entry strategy, we can help your company to reach its growth objectives.

¹ A wide variety of statistical forecasting techniques have been used, ranging from very simple to very sophisticated. We use forecasting methodologies that have been proven to be the most appropriate for business forecasting –  simple moving averages, curve fitting, Croston’s intermittent demand model, exponential smoothing, Box-Jenkins, Bass diffusion model, forecasting by analogy, dynamic regression, event models and multiple-level forecasting.