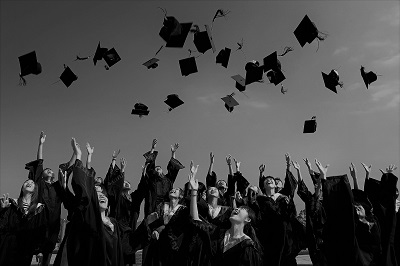 Midway through the school year, many high school students and their parents are thinking about their next educational steps. With so many postsecondary options to consider, it’s important that all prospective students have the information they need to make the best decision possible. Academic interests, selectivity and affordability are just some of the factors to take into consideration. For those who look even further ahead to their post-college lives, the earnings of alumni can also be a factor in the overall decision.

To find out which schools with hospitality programs produce the highest-earning alumni, we used the U.S. Department of Education’s College Scorecard, which provides a variety of data on thousands of colleges, including the median earnings of federally aided students 10 years after enrolling and the average annual cost of attending. The database also includes admission rates, test scores, graduation rates and average annual costs.

Our rankings are restricted to colleges and universities with hospitality programs.The schools listed here are derived from the list of Top Hospitality Schools in Hotel Management’s December 2017 magazine. The following table provides important data for all but one of the hospitality schools for 2015-2016, the latest year for which data is available. Data is not available for Virginia International University.  Readers are able to sort the data by pressing on the arrows in the table heading and search for schools by using the search box at the top of the table. The definitions of the terms used in the table are provided at the end of the post.

Source: U.S. Department of Education: College Scorecard Data, V1.10.5.
Note: The schools listed here are derived from the list of Top Hospitality Schools in Hotel Management's December 2017 magazine.
Of the 99 schools, 35 have higher than average salaries compared to the entire group of schools. The average salary is $45,168 which compares favorably to the average of $33,800 for all schools in College Scorecard. The salary ranges from a high of $90,100 in the case of Georgetown University to a low of $28,400 for the Asheville-Buncombe Technical Community College. Of the 10 schools with the highest post-graduation salary, one is located in California and the rest are found in the East.

Test Scores: At schools that report their test scores, 50 percent had scores within this range. Of the remaining 50 percent, half were above the range and half were below. Not all schools require test scores. Students who were admitted and enrolled typically had standardized test scores in these ranges.

Average Annual Cost: The average annual net price for federal financial aid recipients, after aid from the school, state, or federal government. For public schools, this is only the average cost for in-state students. Readers can compare the average annual cost of a college with the national average of all colleges which is currently $16,300.

Graduation Rate: The graduation rate within 150 percent of the expected time to completion (typically six years for schools that award predominantly four-year degrees and three years for schools that award predominantly two-year degrees). These rates are only for full-time students enrolled for the first time. Readers can compare the graduation rate of a college with the national average which is currently 42%.

Salary After Attending: The median earnings of former students who received federal financial aid, at 10 years after entering the school. Readers can compare the salary after attending a college with the national average of $34,100.