Surprise! The hotel markets of Anaheim-Santa Ana, Oahu Island and Tampa-St Petersburg were the best performing Top 25 hotel markets in the U.S. over the past thirty-years in terms of risk-adjusted RevPAR growth rates. In more recent times (2008-2017), the markets kept their top-flight status, with rankings of 5th, 1st and 8th respectively.

While RevPAR growth rates are not a complete measure of hotel real estate returns, they are significantly correlated. RevPAR growth is used as a reliable indicator to measure the potential for hotel profit growth. An excellent article by STR titled “How RevPAR growth translates into profits” illustrates that a 1% increase in RevPAR equates to a 1.5%-2% increase in gross operating profits per room. We can conclude therefore that changes in RevPAR provide a very strong indicator of changes in GOP.

While Oahu’s lodging sector’s RevPAR growth experienced significant volatility over the period, it was more than compensated with a “best-in-class” RevPAR CAGR of almost 5% over the thirty years. What has contributed to the growth in RevPAR and its volatility? While we haven’t undertaken a detailed empirical analysis to answer the question, we thought we would share with you some observations and insights – much of which relates to the fundamentals of hotel supply and demand on the island of Oahu, the third-largest of the Hawaiian Islands and home to over 38,000 visitor units or about 48% of the total supply of visitor units in Hawaii.

In order to examine the historical growth and provide probabilistic forecasts of Hawaii’s tourism time series, we used univariate forecasting methods including exponential smoothing and autoregressive integrated moving average (ARIMA) or Box-Jenkins models. The models enabled us to examine the uncertainty associated with our short term forecasts. The models represent uncertainty as a probability distribution. Two kinds of information are needed to describe the distribution: the point forecast and the confidence limits. The upper confidence limit is calibrated to the seventy-fifth percentile. This means that the actual value should fall at or below the upper confidence limit about 75% of the time.

A major factor contributing to Oahu’s ranking relates to its limited hotel room supply growth over the period. While visitor numbers to Hawaii have grown significantly, the lack of supply growth in Oahu has led to a sustained period of high occupancies. Over the period 1964-1985 supply grew by 7% CAGR from 10,031 visitor units to 38,185 visitor units.

Since 1985 the market witnessed a decline in visitor units. Over the period, the Oahu lodging sector achieved the highest average occupancies of the Top 25 markets at 79.2%, compared to New York at 78.8% and San Francisco at 74.3%. As a consequence the market achieved the second highest ADR growth of 3.8% per year, eclipsed only by San Francisco at 4.2%.

Exhibit 1 illustrates that there has been minimal growth in the supply of visitor units in Hawaii over the past thirty years in contrast to the period 1964-1985. The number of visitor units in the State of Hawai’i increased by 1.6% in 2017 to 80,336 in 1,635 properties. The large majority of the lodging supply in the State was made up by hotel units (55.3 percent) with 44,431 units, slightly higher compared to 2016 (1.2 percent) due to new hotels opening and hotel properties reopening after renovation or redevelopment. 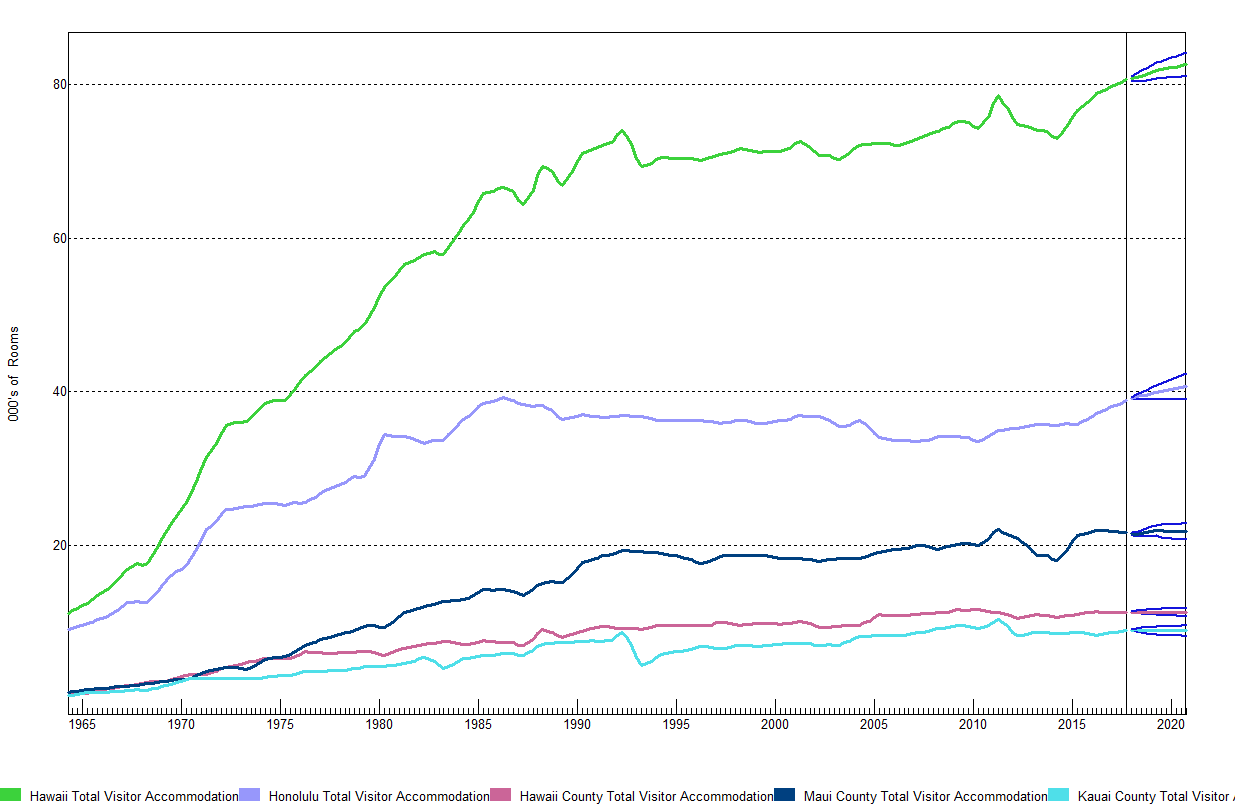 Exhibit 2:Forecast of Total U.S. and Total International Visitor Arrivals for Hawaii with 25% and 75% Confidence Limits 2000-2020 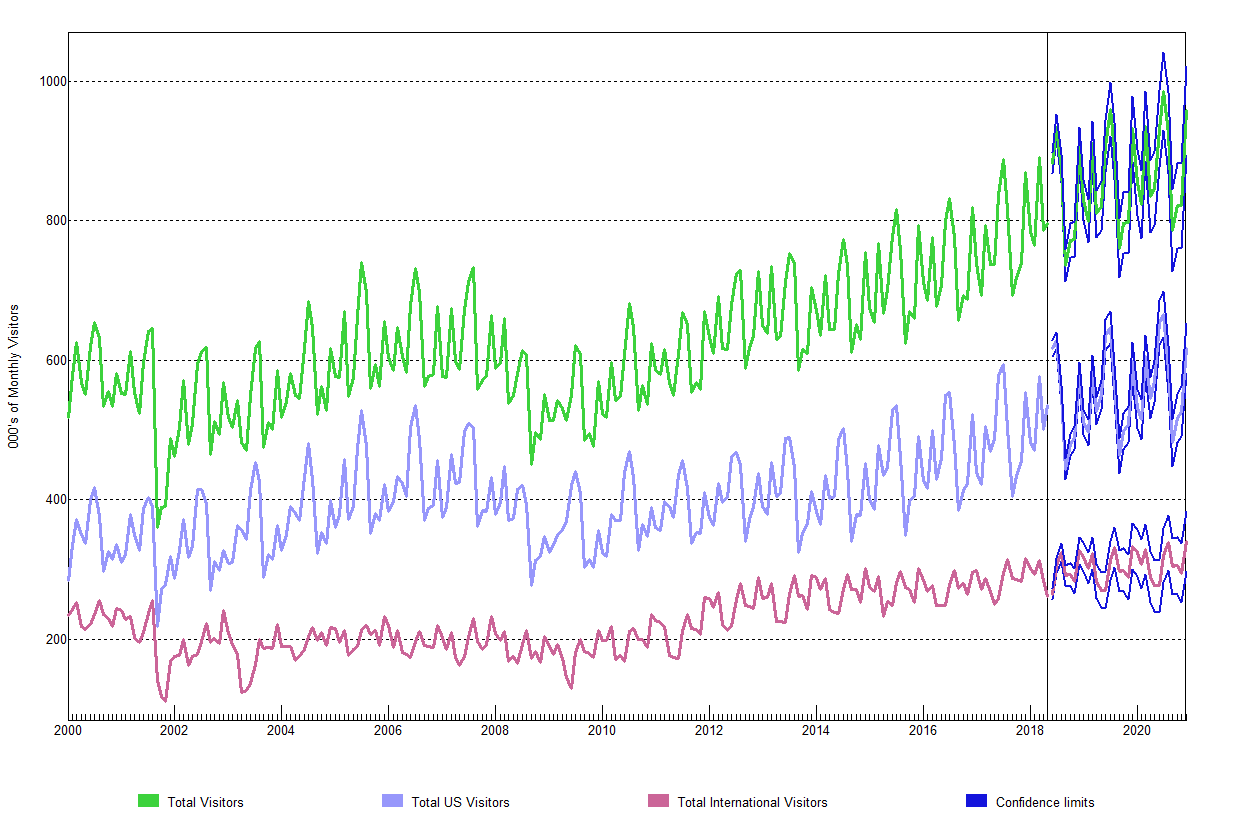 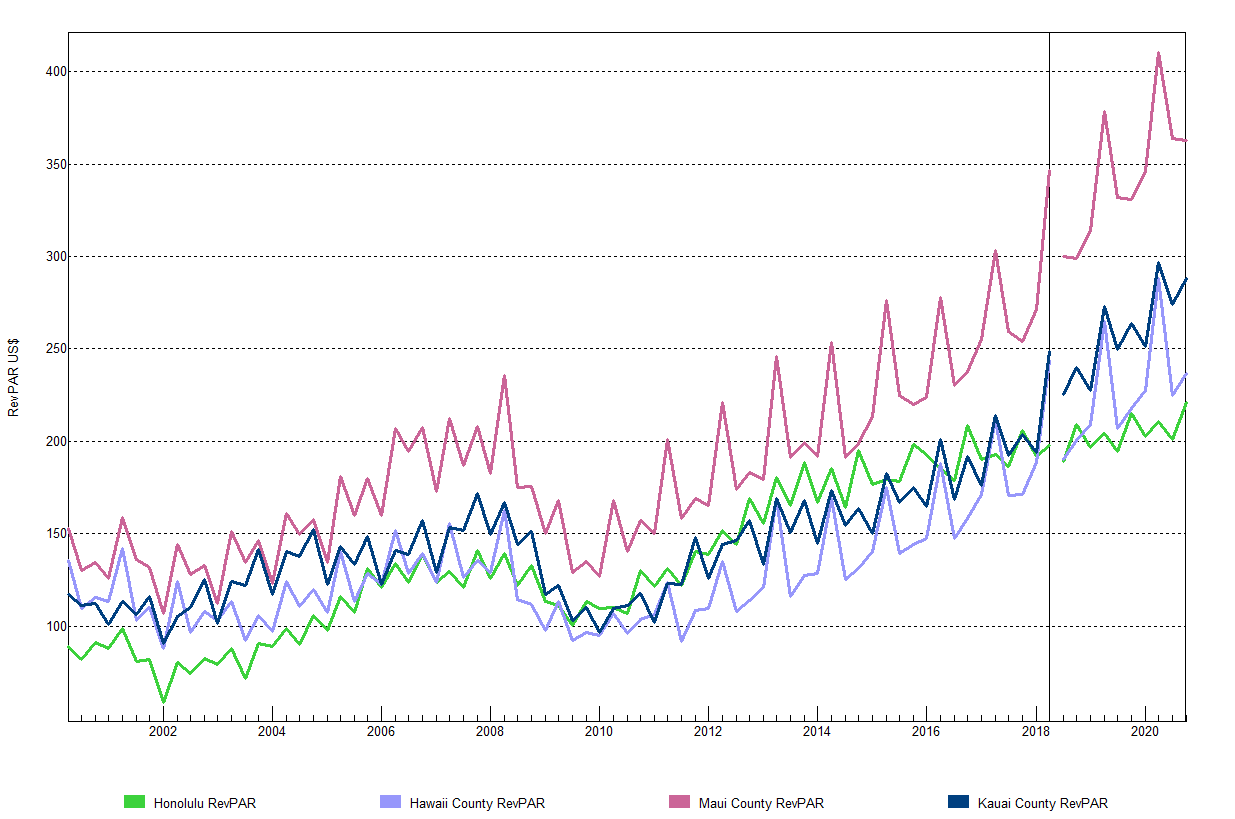 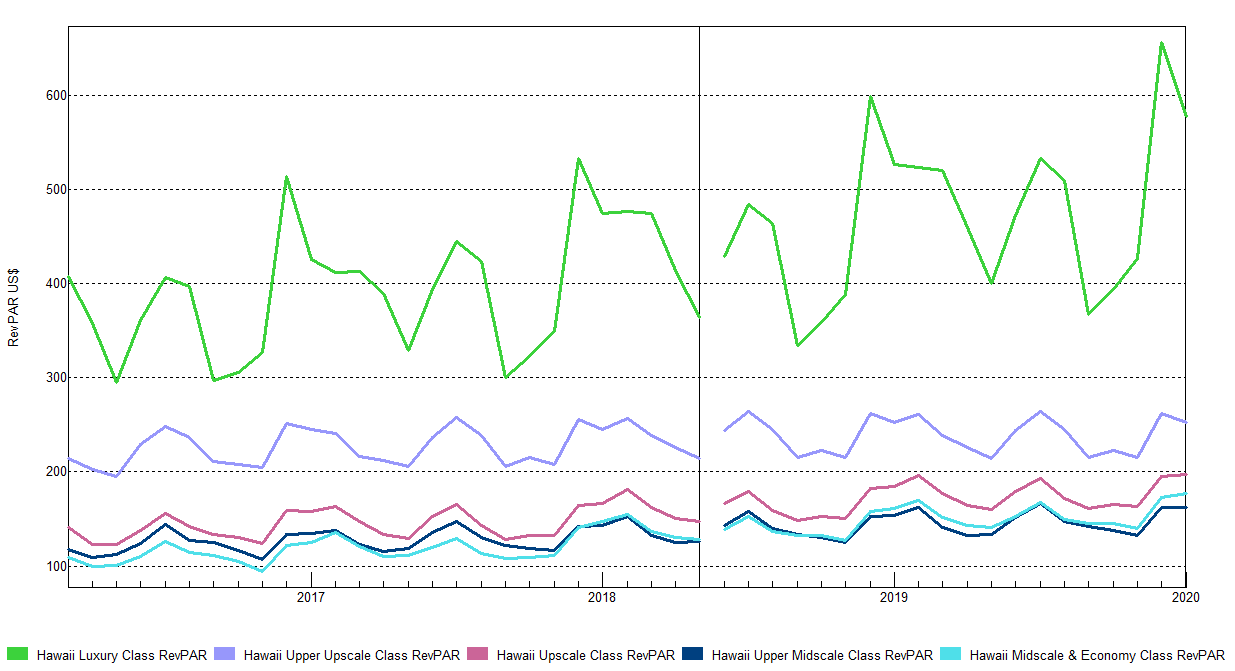 We believe there are a variety of factors that have contributed to Oahu’s hotel market being amongst the best performing Top 25 hotel markets in the U.S. over the past thirty-years in terms of risk-adjusted RevPAR growth rates. Minimal additions to supply, diversified source markets, improvements to the tourism infrastructure, increased flight capacity and innovative marketing strategies have all contributed to the success of Oahu’s lodging sector. With planned additions to supply over the next two to three years, can Oahu’s lodging industry retain its top risk-adjusted RevPAR growth ranking?

¹ The Center for Real Estate and Finance at Cornell University School of Hotel Administration has recently launched its Gateway Cities Index. Readers are advised to check out the excellent work undertaken by the Center.